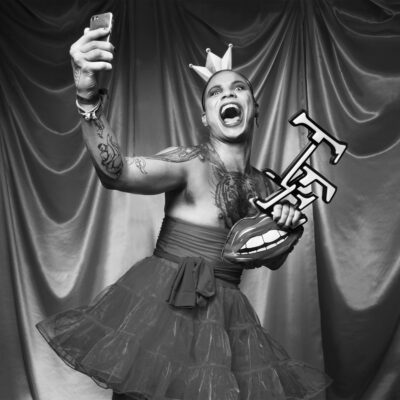 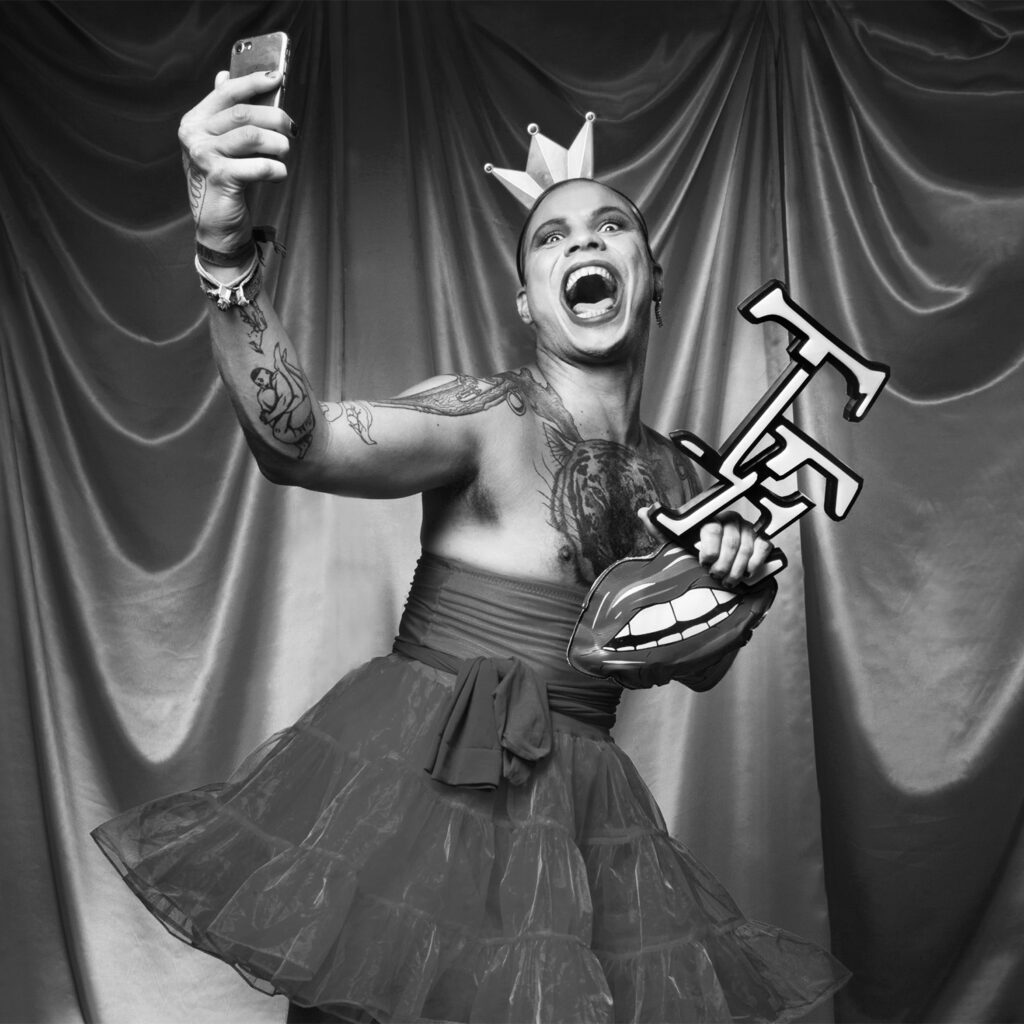 Since 1999 (20 years ago), when he started to enjoy electronic music in the very deep countryside of Brazil, Geovane started producing events/parties that were related to his biggest passion: to dance. The experience of a dance floor was always transcendental, letting this eternal doubt of whether working with it or not, by the fact that it could become a burden as it gets serious work. After almost a decade, he found himself getting invited to work in the best club from South America, D-Edge in São Paulo. By that time, when remembering the history with events, sounded funny that the need of working with it was always there, ready to wake up. Shortly after, in 2013 Berlin became his destiny and a summer holiday trip transformed in a lifetime change.

After staying in Europe and not returning home, the drive of producing something substantial, which would change and transform the surroundings and local scene was growing every day more. It all started with a club project idea: APOTHEKA (crazy, but still existing in the back of his mind), which was a fusion of art-music in an electronic music-performative space. A club with a big space for artistic development. Still in the first stages of the project, unfortunately things had to be stopped. But from that idea, the core of TrashEra was born. Co-founder of this queer project together with Bráulio Bandeira and a big group or friends, in 2015 this outrageous trash project took over Berlin and its scene, and now it is ready to evolve to a next level, offering a wide branch of services/events/collaborations in what we could call a CREATIVE COMMUNICATIONS AGENCY. A collective that see things from a little different perspective, without being shaped by market. Where trash is art, music is a lifestyle and love is not romance. 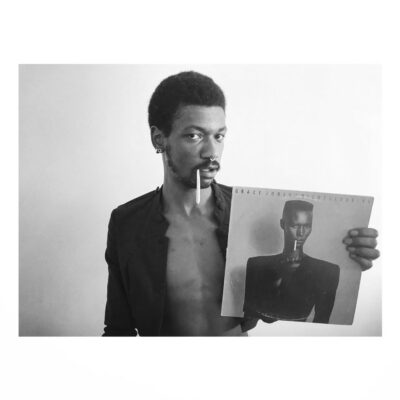 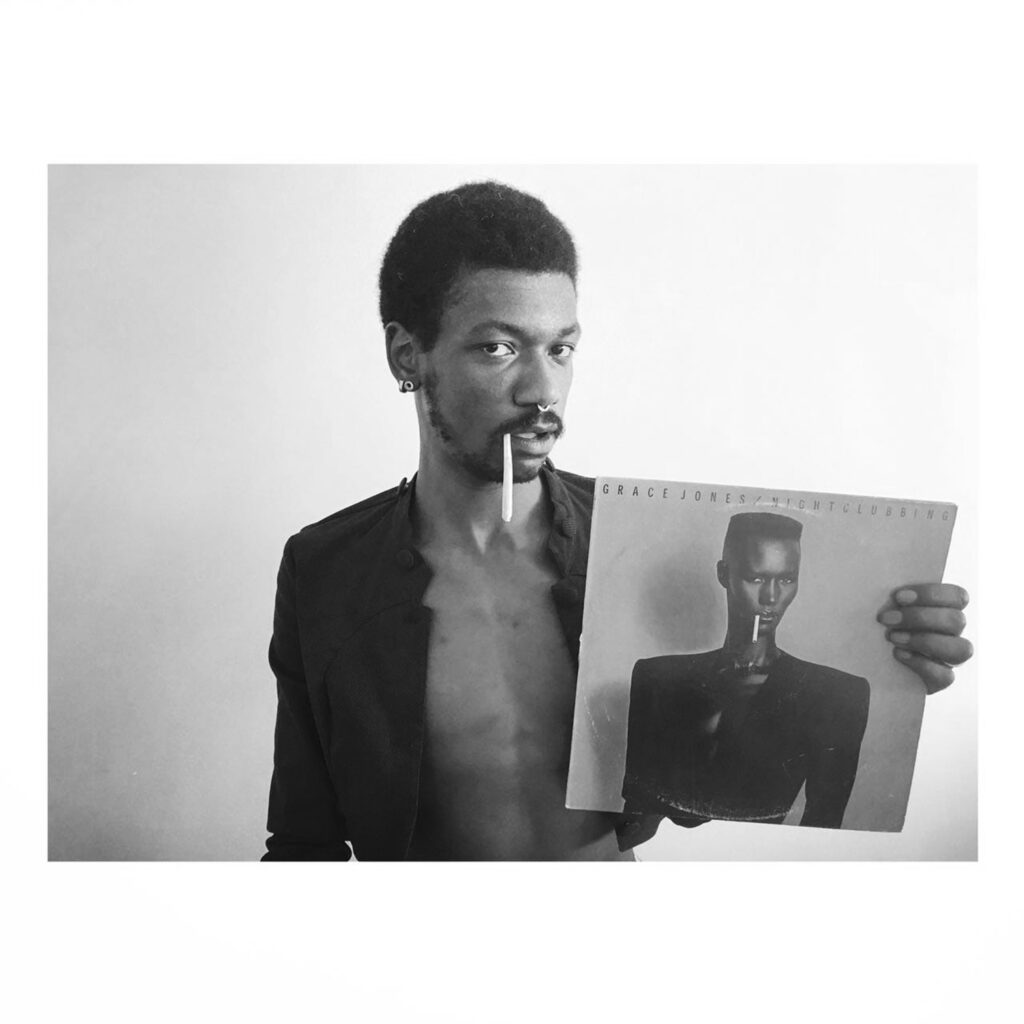 “To keep on searching has always been an essential need of mine. While in my first year in university was dedicated to study engineering, didn’t take me long to abandon it and go for something that would fulfill adequately my needs. The year after I was studying theatre in Porto in ESMAE and once that was barely finished I had already applied to study Physical Theatre in The Commedia School, Copenhagen. Still unsatisfied and unsettled, I found myself then taking a BA in Dance and Anthropology, in Lyon by the Compagnie Maguy Marin at the Choregraphique National Center of Rillieux-la-Pape.
All through those years I collaborated with different artists, from Theatre to Dance and from Film to Visual Arts. This ‘transdisciplinarity’ opened myself to a different understanding of the artistic needs and concerns, especially from the point of view of the artists which allowed me to create a multitude points of view in the conception and processes of Art.

As this progression was taking place, another one inside of me was also taking shape. In 2008, following Chantal La Nuit we form the collective Plus Belle la Nuit dedicated to the creation and promotion of events and parties for the queer and musical scene of Lyon. Our first event called Bunny Slut Club, a party that promoted a progressive and non-normative form of drag was also the beginning of my career as DJ. Already then producing electronic music, is only in 2012 with my moving to Berlin that this occupation is crystallized. The alter ego Deepneue, half in german, half in English and read with a Portuguese accent appears then to give space to this new movement.

Berlin being one of the most influential cities for electronic music and with a superb cosmopolitan culture is the meeting point for people from all over the world. This is how I met Geovane that from his vacation trip in Europe became at this point already a citizen of this city and with whom we started developing the Trashera project.
Nowadays, with us being a Creative Communications Agency, we try to communicate and express ideas, create parties and events and producing and giving space to all arts, relating with the needs of those in the margins of a normative society, opening a channel between the core of society and its borders." 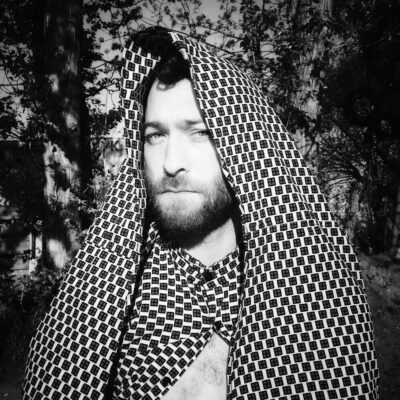 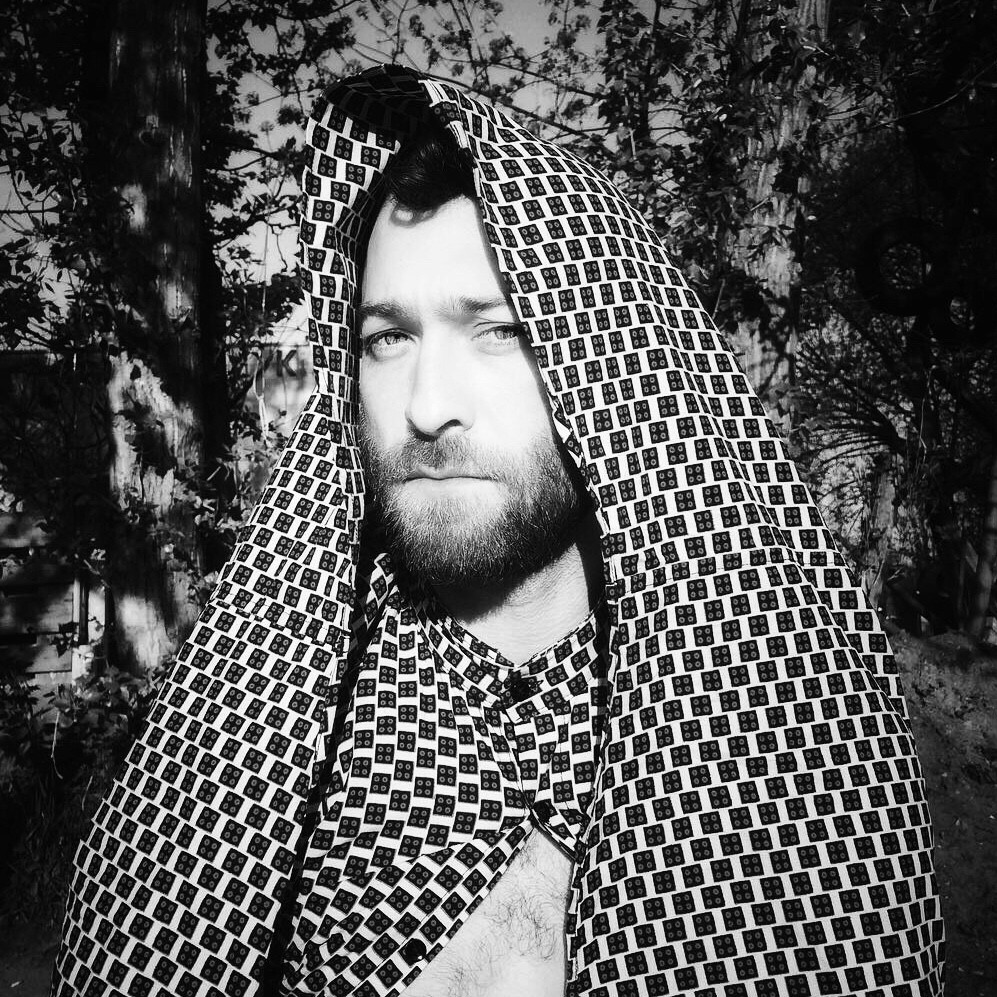 “I knew that I want to be a visual artist the second that blinking audiovisual part of my family’s record player fell on my head and cracked it open. Later on, my fascination with music became a passionate obsession to visualise it, every centimeter of it.

At the age of 20, under a moniker Syrtha I joined Lithuanian alternative electronica band Fusedmarc (2004-2012), where I did all artworks and video projections during our numerous audiovisual live performances across Europe. Now, after finding my home in Berlin, I’m heading the visual communication of the art collective TrashEra. My artistic work often consists of edgy imagery, impulsive editing and emotional glitches dipped in moral themes. I enjoy challenges, and suck youth from tears.” 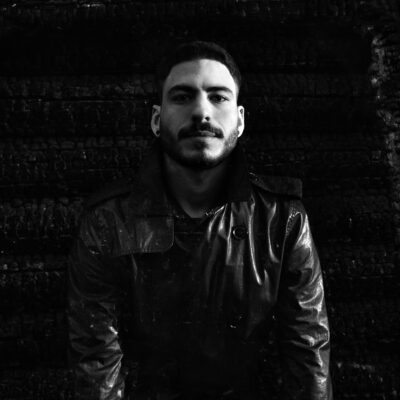 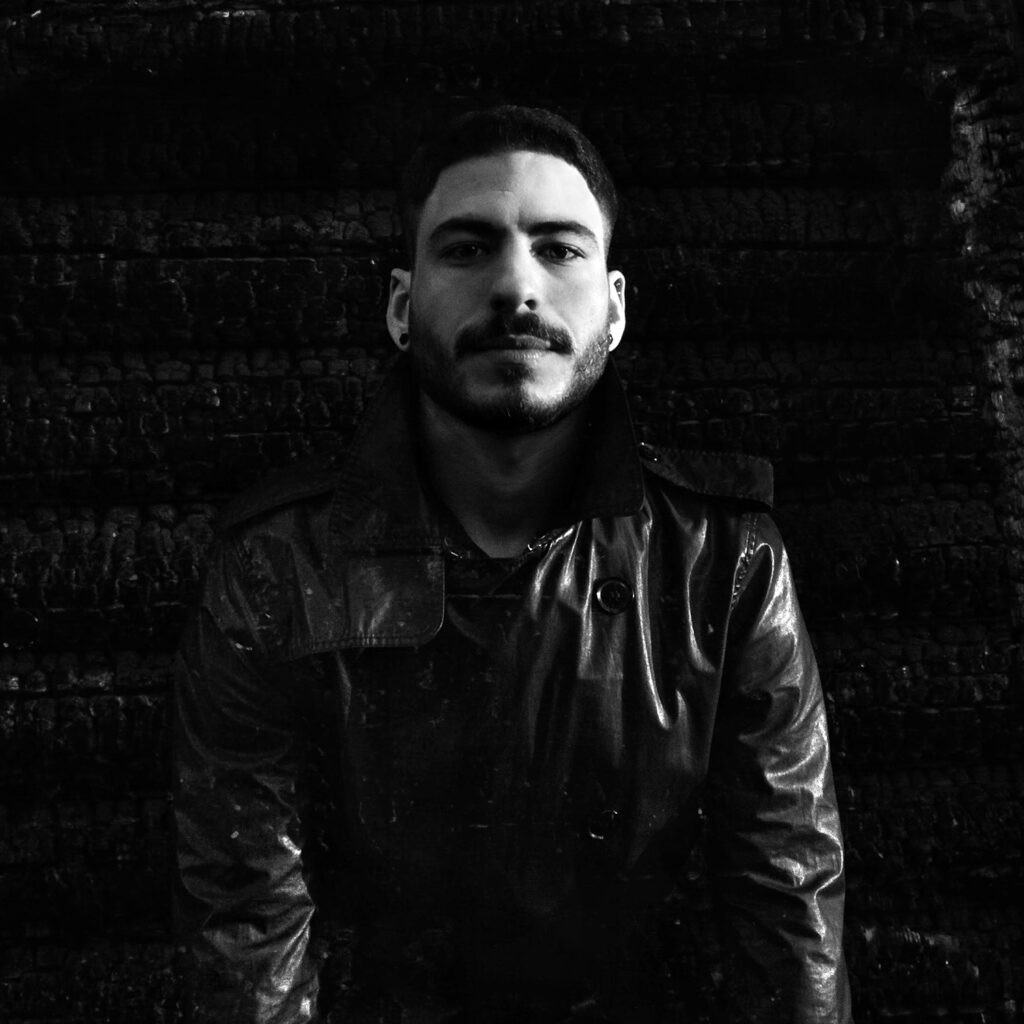 A name that came from a momentary decision of a 15 years old, which claims it came from no obvious reason at the time. But that's how he had it from the beginning... first, he does something and then tries to realise the meaning of it. The connection with electronic music came around the age of 12 when he got exposed to Psychadelic Trance music through friends & family members. Already in his early teen years, he began experimenting with music production and released 2 singles in Chicago & Glasgow. After finishing his mandatory military service, he moved to live in Berlin, out of the desire to professionalize as much as possible in Sound Engineering - and graduated his degree successfully. But Berlin had other plans for him. Very quickly he got to know what is now his musical home, TrashEra - A colourful and eclectic collection of artists that fit like a glove. It was clear that this is a match made in heaven.

Today, aside from building his Berlin studio, Omer maintains a quality international DJ career which didn't go missing from the eyes and ears of some of the best clubs around like Wilde Renate and Tresor from Berlin, The Block and Alphabet from Tel-Aviv, D-Edge, São Paulo & Cabaret Sauvage, Paris. The production level which grows and empowers itself alongside establishing the new "TrashEra Music" department is telling what's coming next, and providing an endless anticipation for what holds the future of "Lipstick Trash".

You're welcome to dive deep in a world of colliding paradoxes, hitting each-other aggressively in a way which can't be defined by genre, trend or fashion - It's simply self-expression in the most natural way.